During the last week of May, Stavanger-based shipowner Solvang Shipping received type approval for their engine family installed on four new tankers. The experiment has been verified by Norwegian scientists and DNV GL, proving it´s possible to continue heavy fuel oil (HFO) operations in Tier III emission areas. The ships use a modified exhaust gas cleaning system, explaining why the exhaust is free of pollutants.

While sustaining more than 80 percent of the world´s ocean freight, HFO has made a silent transformation from the engine of 1970s soot-spewing chimneys to the flagship of 2019 green shipping - commanding close to zero harmful emissions. The ensuing scope for global shipping’s contribution to combatting climate change can´t be overstated.

On the one hand it is a non-distillate bunker, fuel used correct, keeps emissions far below the 0.5 % sulphur threshold, and at the same time make it possible for shipping to meet its Tier III NOx obligations, at the same time, it benefits from a century of fine-tuning its energy output from the bunker industry.

The most recent German paper to the International Maritime Organization (IMO) sub-committee on pollution, for example, made no distinction between water treatment and non-treatment in open-loop scrubbers, neither where or how sampling of discharge water from scrubbers has been performed. As a result, gauged values diverge so much that average figures become misleading. For instance, nickel, copper, zink and arsenic figures in that report are lower for discharge water samples (average values) than for intake seawater. Provided this data is accurate, the scrubber virtually is a water purifier in addition to its exhaust gas cleaning function.

We know from own experience how difficult it is to provide representative washwater samples without contaminants. For instance, a short copper pipe and a small brass fitting were sufficient to contaminate a washwater sample with copper and zinc in our own preliminary washwater analyses. Furthermore, consolidated average figures from the Solvang/Smart Maritime experiment concluded washwater was non-toxic regarding all 35 components measured. Among them, polycyclic aromatic hydrocarbons (PAHs) stood at 10 percent of the official limit, nitrates close to zero, while turbidity was kept safely within the strictest IMO limits. Specific PAHs like fenantren, fluoranten and pyren were higher than in good quality seawater but far below poor quality. Our main finding was that proper sample procedures are crucial to achieve representative results, as the laboratories are capable of detecting µg/liter of most components.

Given the results of the tests to date, any dispute about pollution from scrubber discharge in a sensitive harbour area, should be subject to similar detailed analyses before imposing local restrictions.

What about nickel and vanadium?

For all practical purposes, it has become viable for shipowners to install a scrubber and EGR systems in order to pass all prevailing emission regulations and keep sailing on heavy fuel oil in all areas. The equipment pays for its own purchase cost through lower fuel bunker prices. Still, we can´t be sure HFO will survive an uninformed public blame game, due to nickel and vanadium, the only significant metal components from HFO. Vanadium is a natural part of sea water in non-toxic concentrations from 0.9 to 3.5 µg/l (micrograms per litre). The source of vanadium is bedrocks releasing the metal into seawater through erosion. If HFO is used in the same amount as today, the concentration of vanadium will increase with less than 0.1 percent from a hundred years of operation.

Like vanadium, nickel separates naturally from bedrocks into seawater, which contains nickel in average amounts of 1.7 µg/l. Given that heavy fuel oil contains 50 mg nickel/kg, discharges through another hundred years would increase global nickel concentrations in the range of 0.05 percent.

Which brings Solvang to the claim: Green shipping is not a question of which fuel you use, but how you handle the fuel and convert it to propulsion.  The overall environmental footprint is given by the type of fuel, engine type and operation profile/maintenance and exhaust gas after treatment. Shipowners should therefore keep their heavy fuel oil engines running; add a scrubber with washwater treatment plus an exhaust gas recirculation unit. This will make operation eco-compliant and competitive when approaching the new sulphur cap and Tier III NOx regulations. 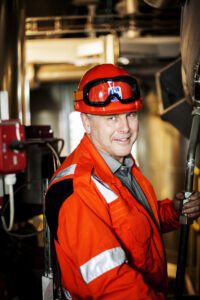 Solvang´s new class of ethylene carriers was the first HFO (Heavy Fuel Oil) fuelled TIR III* compliant ethylene carriers in the world. The vessel specification and detailed design is based on experience with our previous ECO design where we combine cost-efficient means for minimizing the overall fuel consumption. 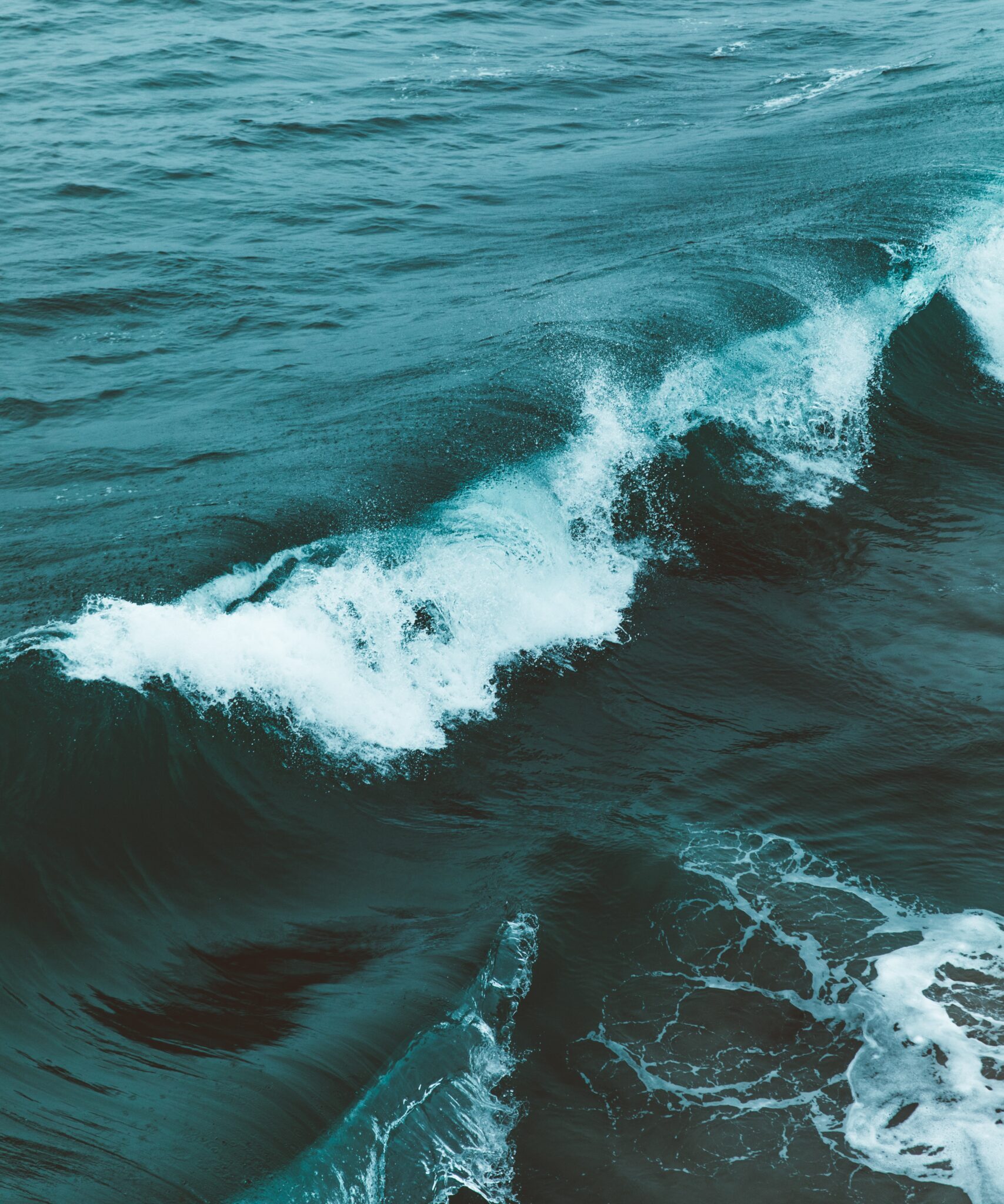 Exhaust gas recirculation (EGR) combined with previous measures reduces NOx emissions from heavy fuel oil by up to 80 % in a typical LPG tanker. The concept is a potential game changer for Norwegian domestic shipping. 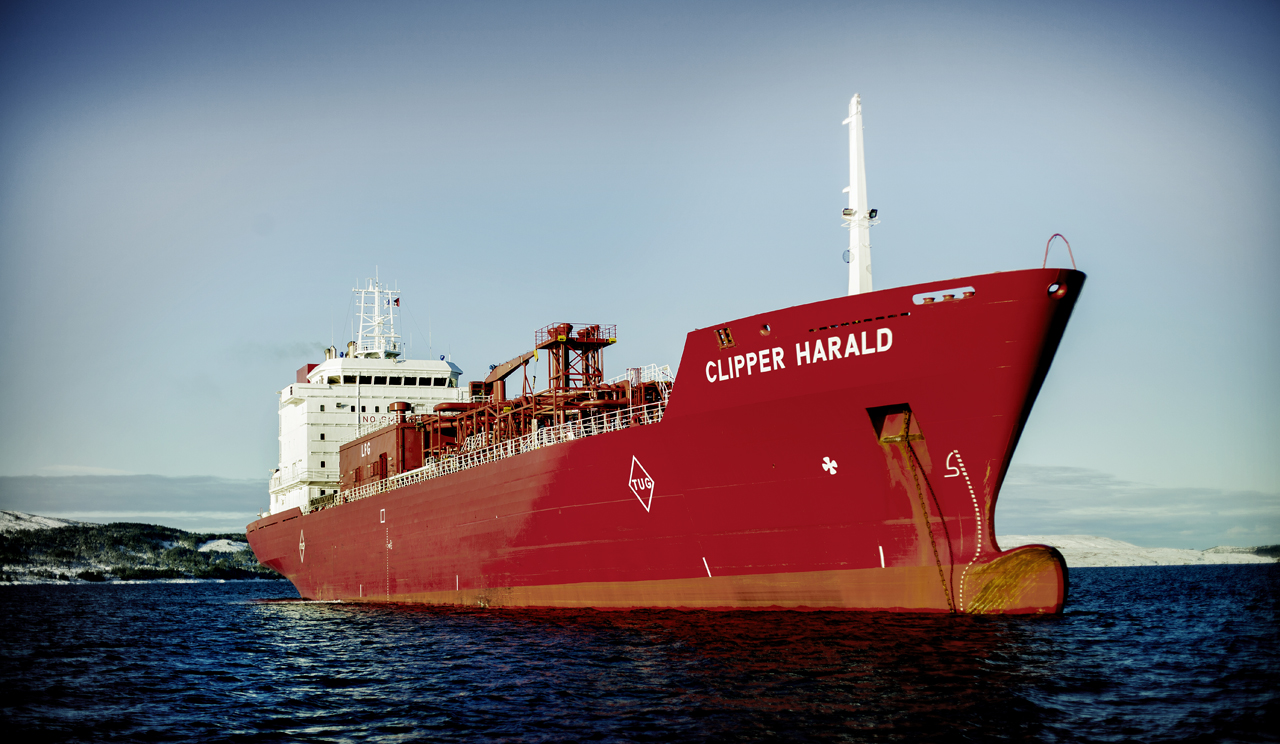 Years of evolution has made HFO-fuelled shipping greener

Today´s shipping is much greener than 30 years ago, and this development is likely to continue. We are looking at an evolution, rather than a revolution. 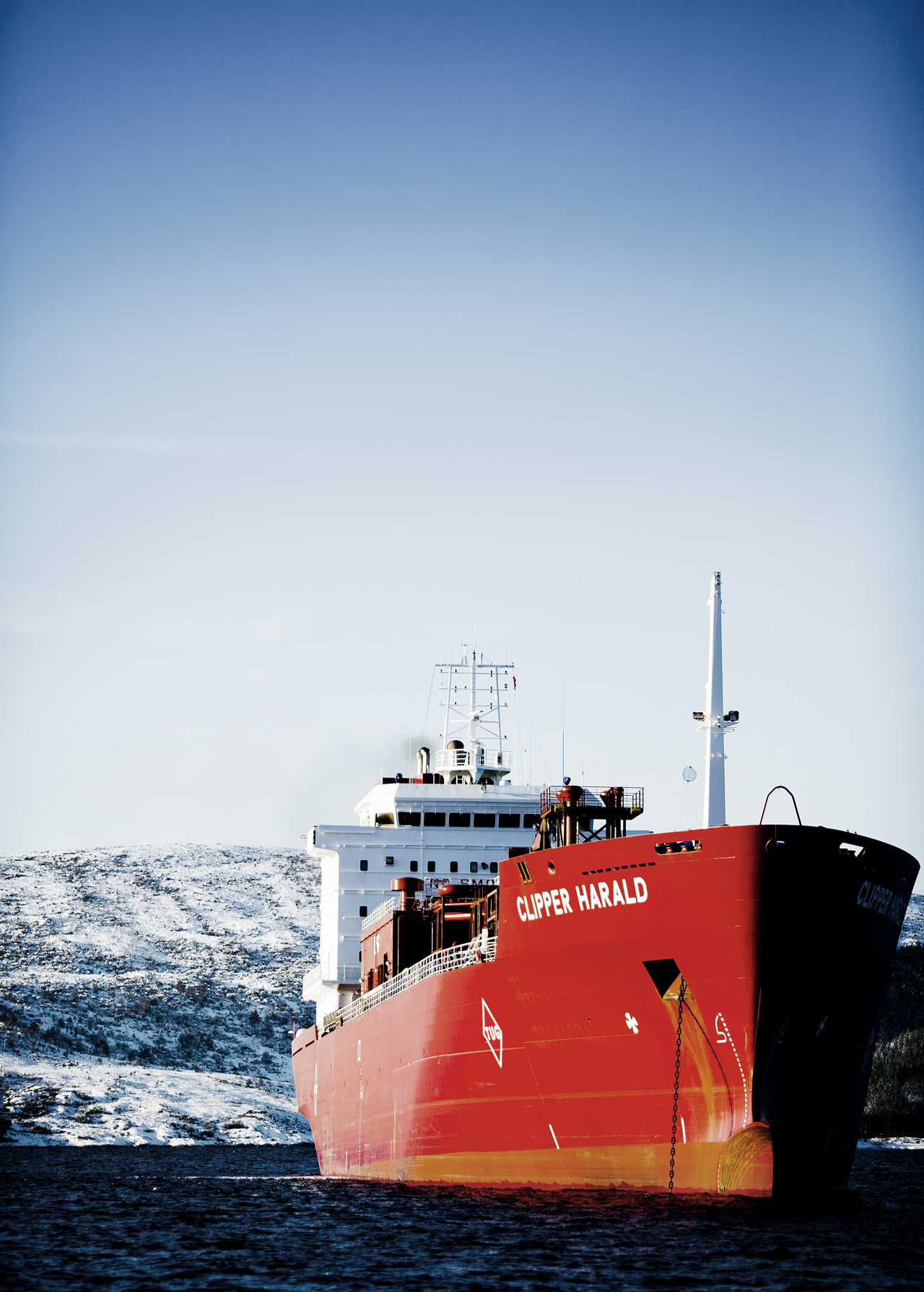