90 percent of all traded goods or an equivalent of 11 billion tons of chemicals, raw materials, food and equipment are being carried over the waves every year, according to OECD figures. This firmly places deep sea shipping in the centre of the world economy, making it indispensable for human welfare and progress around the globe.

Being essential to prosperity and human development, maritime transport simultaneously must deliver emission reductions necessary to keep global warming within the limits of future welfare on earth. Today, global shipping is responsible for about 2.5 percent of global greenhouse gas emissions, according to an IMO GHG study, and it represents 2.0-3.0 percent of fossil CO2 emissions depending on source and counting method.

Towards the backdrop of an increasing need for deep sea transportation combined with a diminished climate footprint, Solvang advances on a radical technological solution.

The internationally agreed upon goal of keeping global warming below 2 degrees Celcius relative to pre-industrial times, requires imminent action across all sectors. The International Energy Agency staked out a roadmap for all sectors to reach zero-emission by 2050. The energy sector already started to phase out coal and reduce emissions from petroleum production, onshore transportation is heavily diverted from petroleum-based fuel, and maritime transport is nudged to shift from heavy fuel oil (HFO) to batteries, e-fuels, biofuels, gases and light distillate fossil fuels.

There is a growing realization among policymakers and the industry alike, that greenhouse gases don´t disappear from the climate account just by removing them from certain distillates or e-fuels.

As the sense of urgency is growing, so does the consciousness of shifting around emissions rather than removing them. By now, the best part of deep sea shipping has managed to catalyze or clean most pollutants from internal-combustion propulsion. NOX and SOX are being properly removed from the emission cycle, which has clearly been demonstrated by Solvang´s gas carriers. The problem is CO2, which often has hidden emissions if we do not consider the full well-to-wake perspective. Recently, the renowned magazine The Economist concluded that “the search for no-carbon fuels is futile”, because emissions are simply shifted around. When replacing heavy fuel oil with fuels like LNG, LPG, e-fuel, bio-fuel or even batteries, the emissions may be hidden, but they will not dissapear. Fuel-cells need hydrogen manufactured through a CO2-generating process. Liquefied natural gas (LNG) releases 25 percent less CO2 than bunker fuel (tank-to-wake), often making it a favorite in climate policymaking. If we apply a well-to-wake perspective including methane slip/emissions during the processing of LNG, and the choice of engine technology, the picture may be very different. 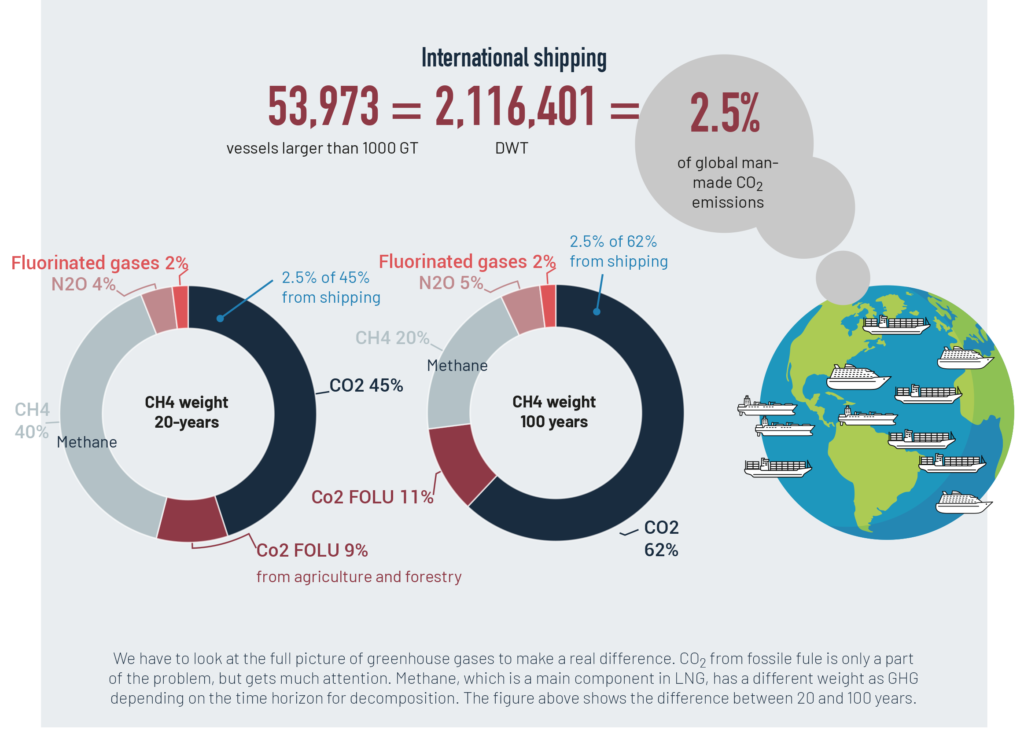 There is a growing realization among policymakers and the industry alike, that greenhouse gases don´t disappear from the climate account just by removing them from certain distillates or e-fuels. There must be another pathway to eliminate carbon from the energy chain, and that pathway is CCSU – carbon capture, storage and utilization. The energy sector runs intensive research on CCSU for onshore and offshore plants and installations, and some engine manufacturers try to mount it even on heavy duty trucks. Statisticians in IEA and Shell already conclude there is no way around CCS/CCSU, which Solvang fully accedes to. When The Economist calls for “radical thinking”, we think shipboard CCS, a technology just entering global shipping – through Solvang.

At the time of writing, a complete setup of scrubber plus CCS installation already runs on a 1.2 MW full-scale test environment at Wärtsilä´s facility in Moss, Norway. If everything goes as planned, the ethylene carrier Clipper Eos will operate with CCS in less than two years. Our solution is being published in peer-reviewed journals, allowing anyone to follow in our wake.

Solvang believes carbon elimination is one of the most promising non-nuclear ways to succeed with the roadmap to zero-emission by 2050 – keeping the goal of 1.5-2 degrees global warming within reach.

Our impact – emissions to air 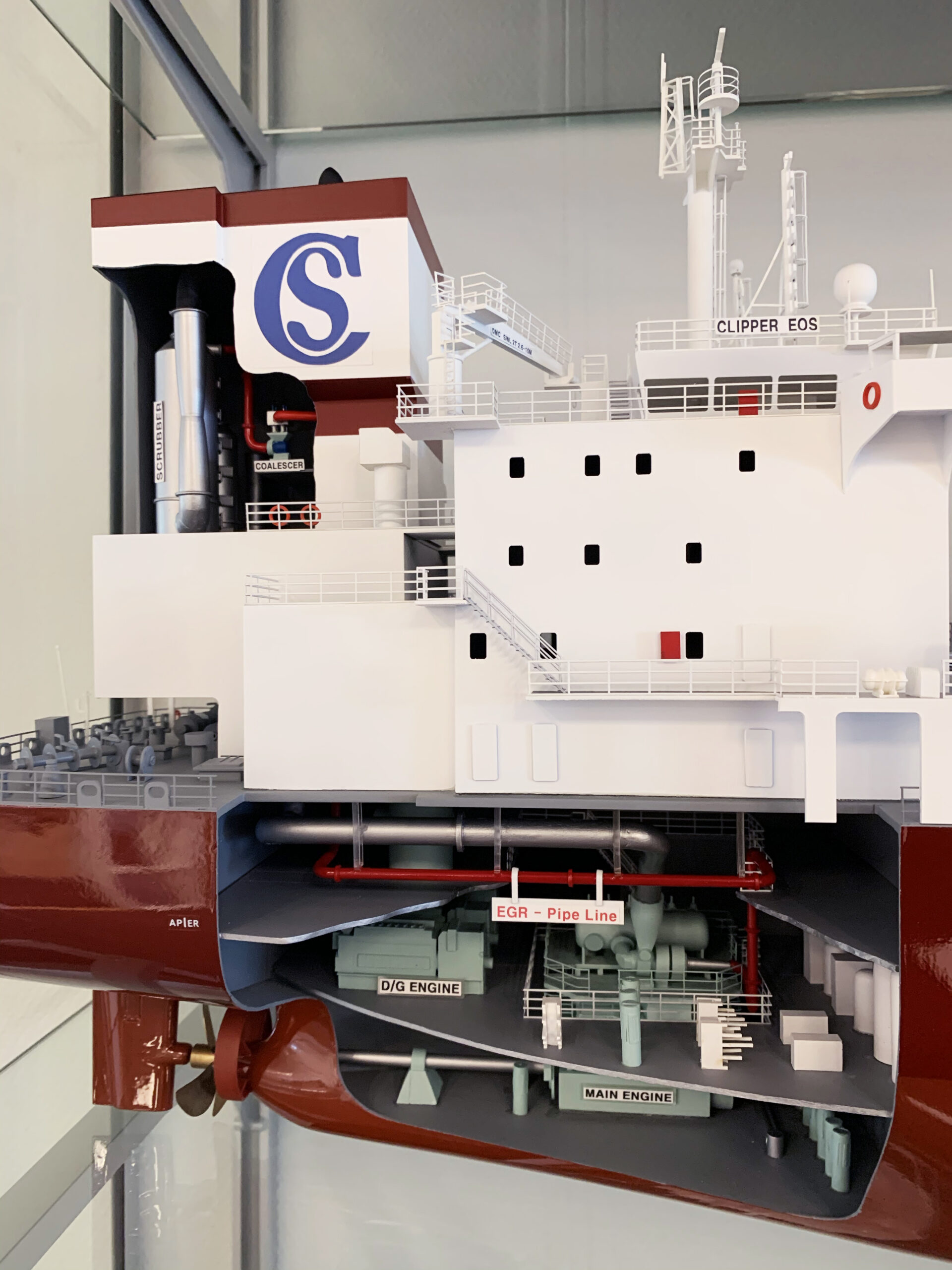 Our impact on life below sea and on land

All human activity including ours has an impact on life on land and in the sea. Our goal is to minimise operational and indirect emissions, and strive for zero spills to the environment. 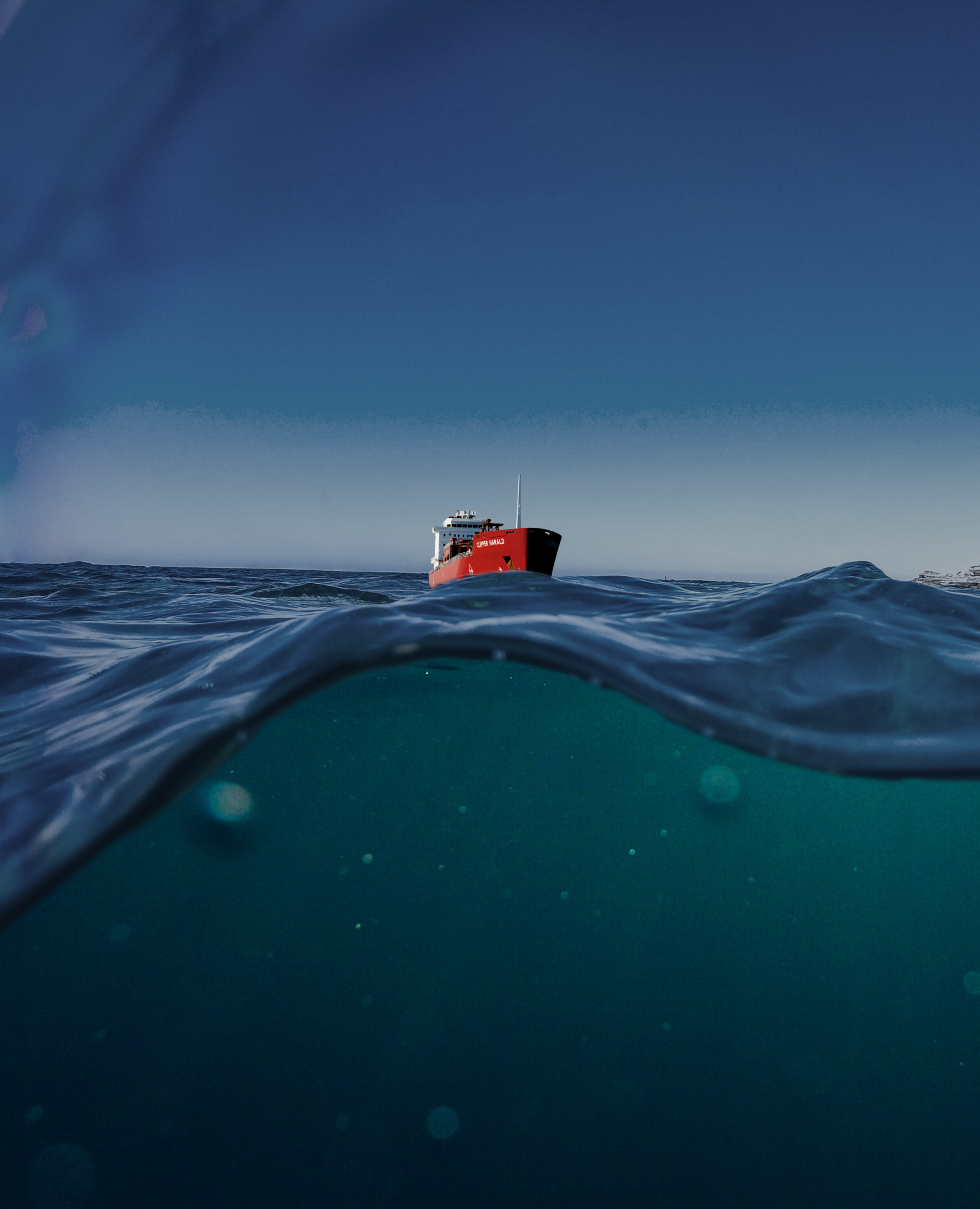 To keep our commitment for continuous improvement, we constantly measure our performance. We have defined a set of Key Performance Indicators (KPIs) within different areas. By analysing these we are able to show our performance, document our improvement and identify areas where we need further improvement. 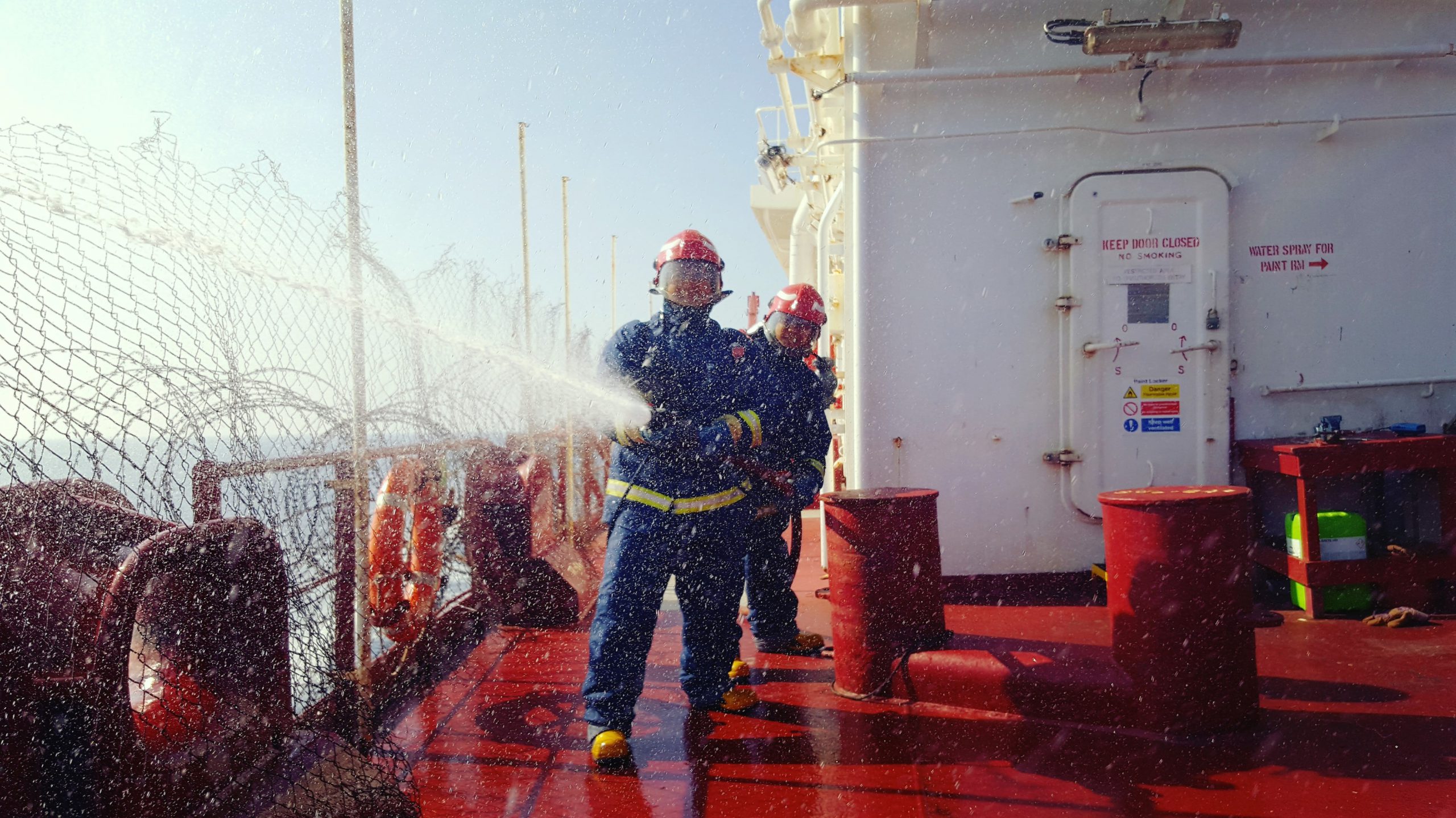 International shipping brings people together from all parts of the world. Solvang is a good example of this. 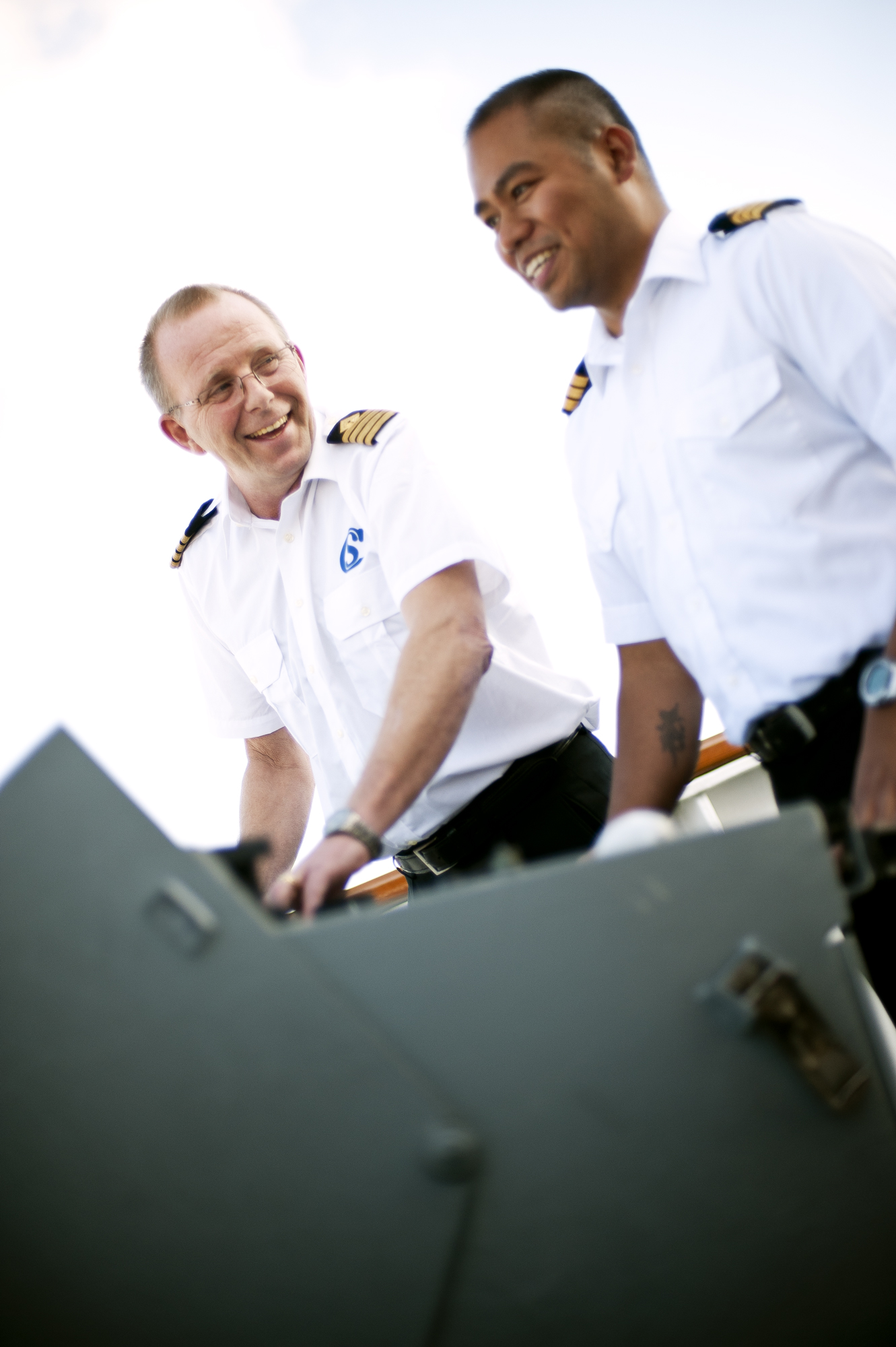 What have we achieved with continuous improvements?

Reduction of our environmental footprint is a continuous process, which requires reliable performance data from the vessels. Since 2008, Solvang has systematically recorded vessel performance data and used this for benchmarking sister vessels, develop best operational practice and feed this into the design of our newbuilt ECO LPG carriers (first delivered in 2013). 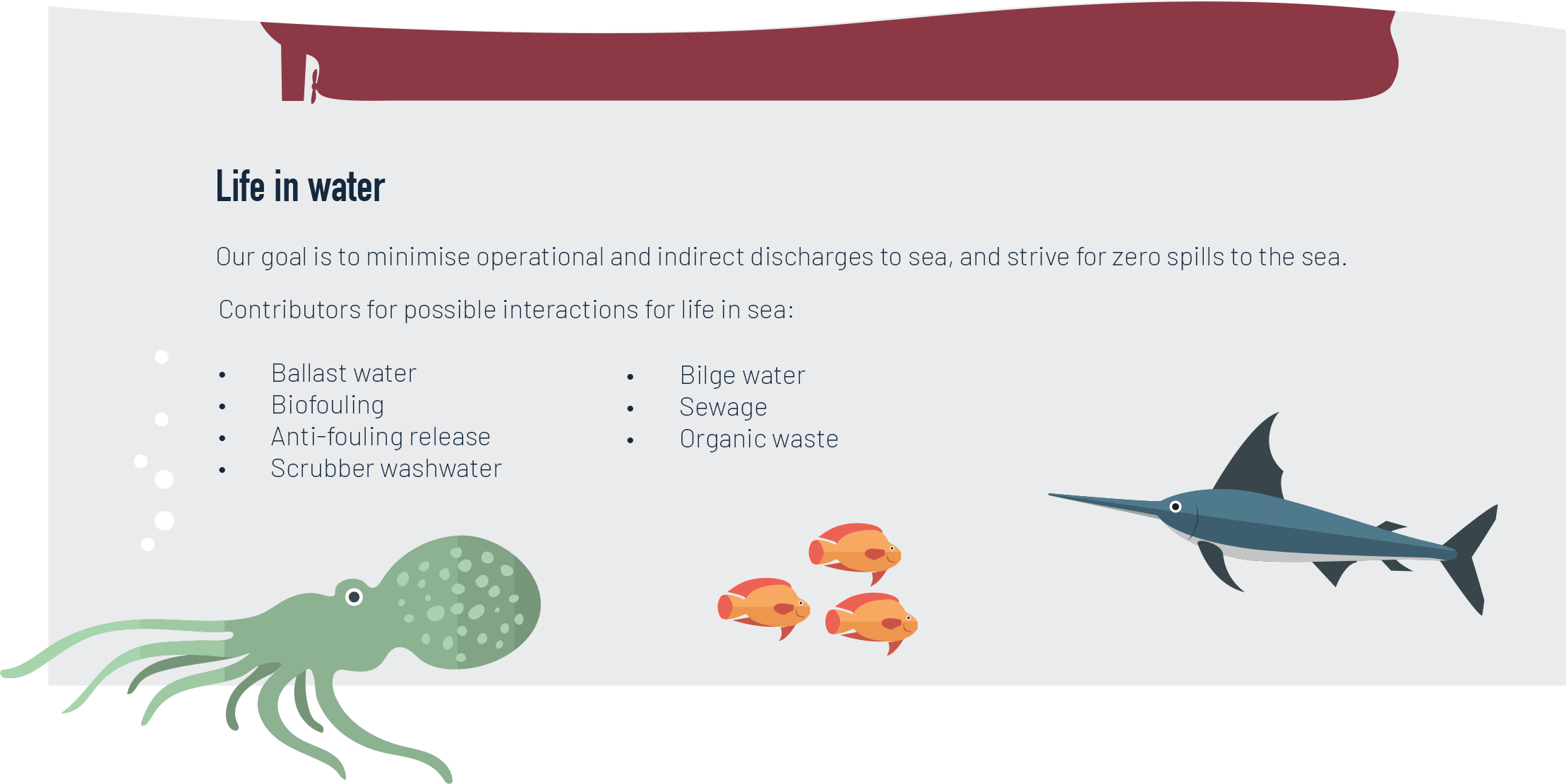 Innovation for the environment

Since 2010, Solvang has pursued an innovation path to bring heavy fuel oil (HFO) operation into compliance with the strictest NOx emission control. The climate gain is significant. 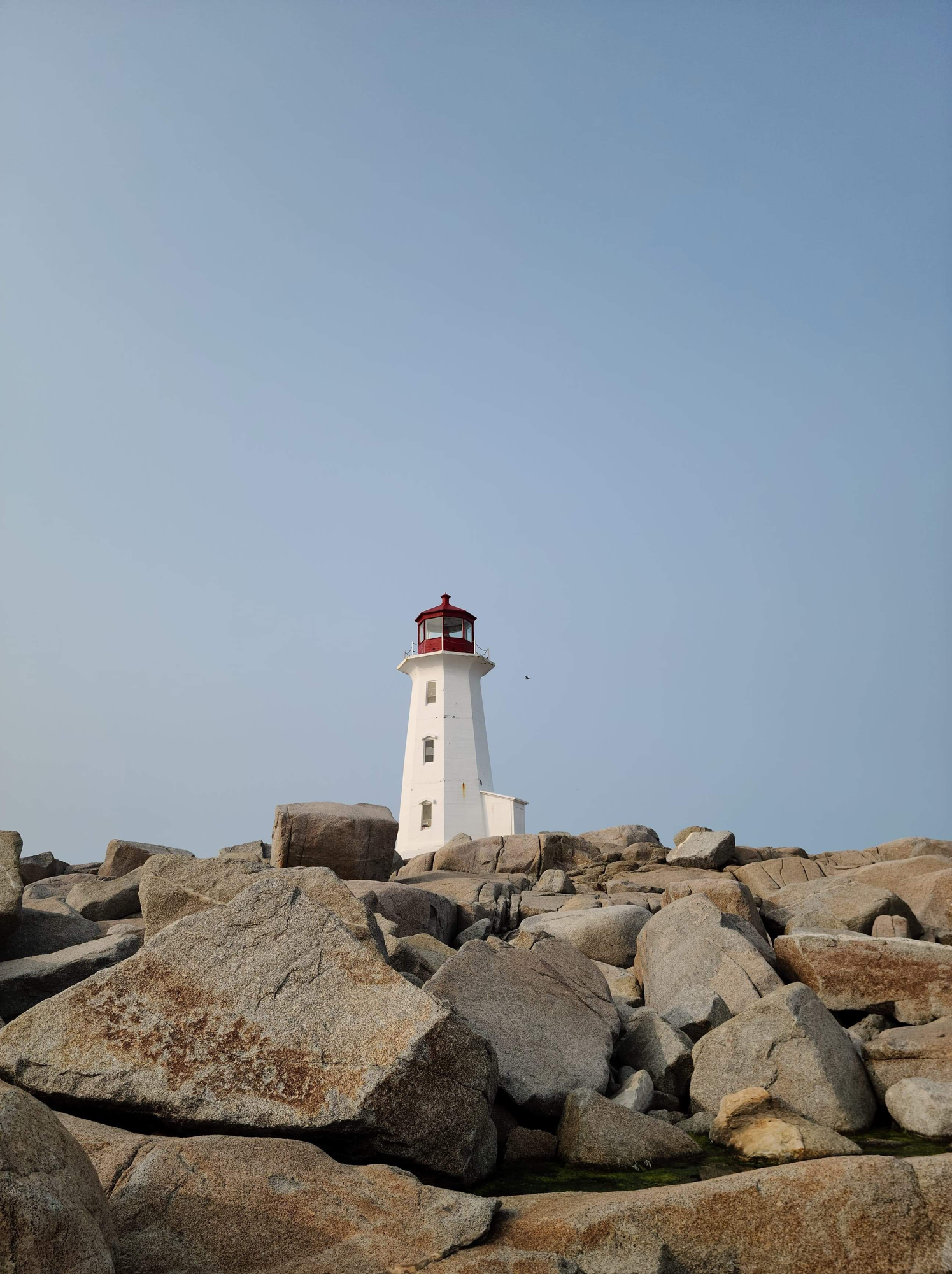